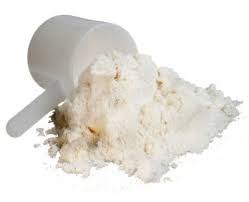 There’s been a lot of buzz this week about a column in the New York Times on the potential consequences of eating “too much” protein.

Well columnist Roni Rabin worries that the popularity of protein powders, drinks, and bars are “making it possible to effortlessly consume protein in amounts that far exceed dietary recommendations.”

She goes on to write that “the vast majority of Americans already get more than the recommended daily amounts of protein.”

But are they really? The Institutes of Medicine–a relatively conservative bunch–recommends that we get between 10 and 35% of our calories from protein. For a 150 pound adult, that translates into a range of 55 to 180 grams of protein per day.

The lower figure (which is often invoked as the “recommended intake”) represents the minimum amount needed to prevent protein deficiency. The higher figure (35%) is not based on any known consequences from eating more protein than that. It’s intended to ensure that you’re getting enough of other nutrients.

I have not heard a single suggestion that this recommended range should be adjusted to lower the top end–although there are several prominent scientists arguing to raise the lower end.

But let’s get back to what people are really eating, what with all the protein powders, bars, drinks and the current “protein craze.”

Is it possible that those in the 99th percentile or the 99.99th percentile are, in fact, taking in 300 grams of protein a day? Sure. But how many people are we talking about here?

Rabin’s column headline asks a question that the subsequent article never answers: Can You Get Too Much Protein?

(And if you are, in fact, eating 300 grams of protein per day, stop. It’s not doing you any more good than 150 grams would. Eat something else instead,)