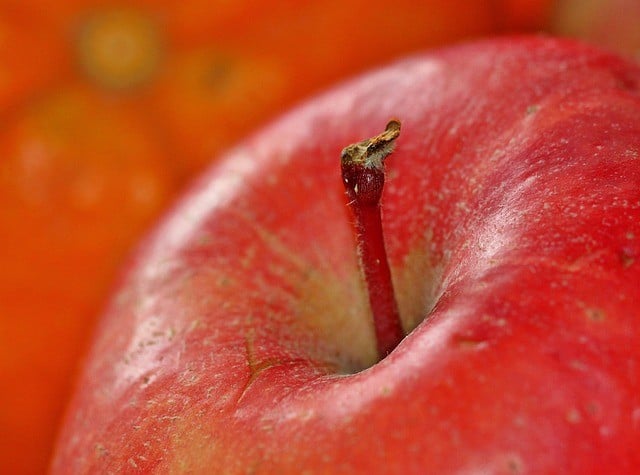 No, it wasn’t the size of my house. That’s really how many calories a large apple contains.

When we talk about calories in food, we’re actually referring to kilocalories. In fact, you will sometimes see the abbreviation kcal.  There’s an obscure rule saying that you should capitalize the first letter of the word Calorie to signal that you’re talking about “food calories” or kcals. But no-one actually does this.

Outside the U.S., the energy in foods is sometimes expressed in kilojoules.  A joule is (are you ready for this?) “the unit of energy equal to the work done by a force of one newton when its point of application moves one meter in the direction of action of the force, equivalent to one 3600th of a watt-hour.”

I have no idea what that means. Literally, none.

But I do know this: A calorie is about 4 joules. The 116 kcal apple that I just ate contained 484 kjoules worth of energy.  So, if you ever see a label that lists the energy in a food in kilojoules(kJ), divide by 4 to get the approximate Calorie (kcal) count.

2 thoughts on “Calories vs kcals vs joules”