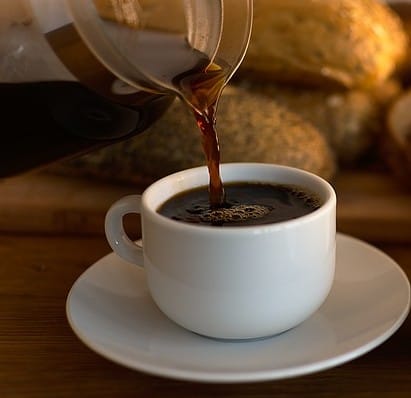 Q.  My 22-year-old daughter has a mild case of PCOS and we are wondering about the effect of coffee on this condition. There is conflicting advice about this online. What are your thoughts?
A. You’re right! There are conflicting points of view regarding coffee/caffeine and PCOS. Many PCOS experts list coffee as a food to avoid. Yet this PCOS support website recommends coffee in an article on “Best beverages for PCOS”.

Much of the confusion centers around the effects of coffee on insulin sensitivity. As you may know, PCOS sufferers are more likely to develop insulin resistance, which increases the risk of developing Type 2 diabetes.

Caffeine appears to have short-term negative effects on insulin sensitivity. After drinking a cup of caffeinated coffee, your body is  temporarily less sensitive to the effects of insulin. And yet, over the long term, regular coffee consumption improves insulin sensitivity and significantly reduces the risk of Type 2 diabetes.

To my knowledge, there are no studies looking at how coffee (or the absence of it) affects PCOS sufferers, so either stance is really speculation.  If it were me, I think I’d weight the long-term reduction in insulin resistance more heavily than the short term effect. If you wanted to play it safe, you could always stick to decaffeinated coffee, which is less likely to trigger short-term insulin resistance and still affords long term protection against Type 2 diabetes.

9 thoughts on “Is coffee good or bad for PCOS?”