Avocado and almond milk replace evaporated milk in this healthy take on a holiday classic. But this nutritional upgrade can be your little secret…no one will be the wiser. 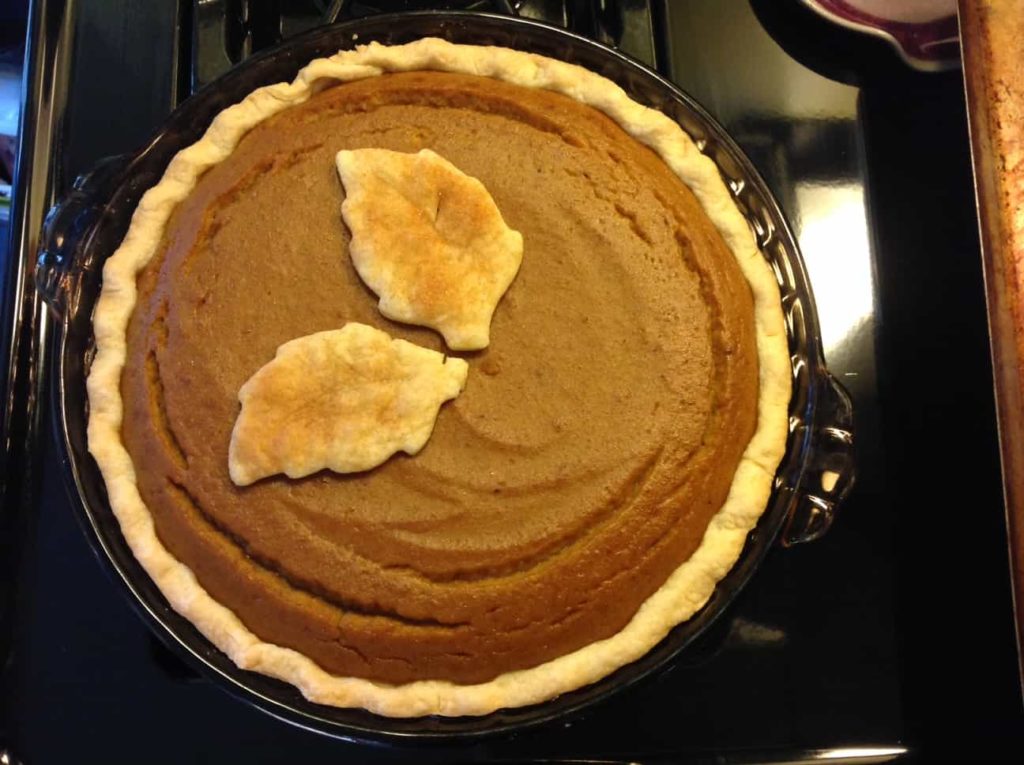 Pumpkins are super high in beta-carotene and recent research shows that adding avocado to carotene-rich veggies not only boosts absorption of the nutrient but also aids in their conversion to vitamin A.

As an experiment, I replaced the evaporated milk in the standard pumpkin pie recipe with a blend of almond milk and ripe avocado and served it to guests without tipping them off. Not only were they none the wiser, but the superior flavor and light, mousse-like texture of the filling prompted several requests for the recipe.

Here’s my recipe for Pumpkin Avocado Pie. The fact that it contains nutrient-boosting avocado (or that it has 25% fewer calories and 40% less sugar than the standard recipe) can be your little secret.