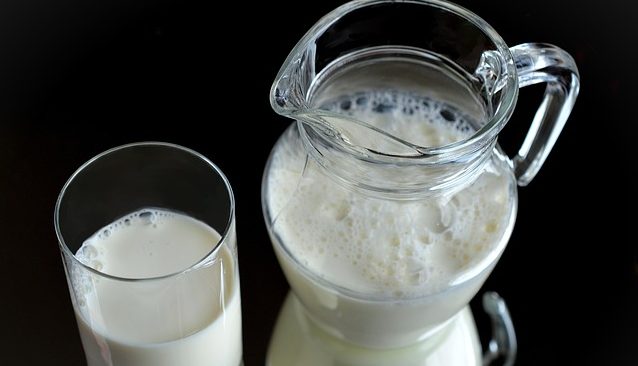 Karina writes: “I am a fan of low-fat dairy. I prefer skimmed milk and fat-free yoghurt. But lately, people have been telling me that low-fat dairy is “bad for you ” and full fat is better. When I ask why, they say it’s something to do with how the fat is removed. Another person says most of the nutrients are in the fat. What is your take on it?”

For years, health experts told people to avoid full fat dairy products and choose low or nonfat instead. Now, an increasing amount of evidence suggests that consuming full fat dairy does not increase the risk of heart disease or weight gain (as once feared).

But just because full-fat dairy is now considered “good” for you, it doesn’t follow that reduced-fat dairy must be “bad” for you. Adults who dislike the flavor of low-fat dairy can enjoy full-fat with a clear conscience. But if you prefer the low-fat stuff, I don’t see any reason why you can’t continue to enjoy it.

Homogenization and other unfounded fears

The way fat is removed from the milk is pretty low tech. It’s simply skimmed from the top or spun out in a centrifuge. Nothing to worry about there. Your friends may be thinking of the homogenization process, in which the fat is broken up into smaller droplets so that it stays suspended in the milk instead of rising to the top.

Although there were once fears about the dangers of homogenization in some circles, these have been put to rest by subsequent research. But even if those rumors had panned out, the alleged danger would be in drinking whole milk, not skim, which is not homogenized.

Where are the nutrients?

As for most of the nutrients being in the fat, you actually get slightly more protein and calcium from 8 ounces of skim milk than you do from 8 ounces of whole milk.  Full fat milk does contain small amounts of conjugated linoleic acid, though, which you wouldn’t get from skim milk.

Vitamin A & D are two fat soluble vitamins that are often added to milk here in the U.S., but the levels of A & D are the same in fat-free and whole milk, because they are added after the fat is skimmed. And research shows that your body absorbs these nutrients just fine, even from skim milk. Apparently even a small amount of fat from other foods is enough to escort them safely across the intestinal border.

Hope that clears up any concerns (except, of course, about the reliability of your friends’ nutrition advice).

9 thoughts on “How Bad for You is Lowfat Milk?”