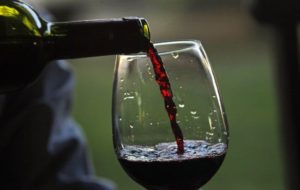 A glass of red wine equals an hour at the gym, according to researchers from the University of Alberta. News outlets obediently picked up the story and repeated the claim:  “Resveratrol was seen to improve physical performance, heart function and muscle strength in the same way as they’re improved after a gym session.”

Lead researcher Jason Dyck says he is especially excited about the potential benefits for those who are unable to exercise. Just pour them a glass of zinfandel and it’s as if they spent an hour working out.

And now for the fine print:

A glass of red wine equals an hour at the gym? You couldn’t pack more falsehoods into an eleven word sentence if you tried.

In fact, a later study that tested the effects of resveratrol supplements on exercising humans found that it actually impaired their response to exercise.

Back to the gym, everyone! (And feel free to enjoy a glass of red wine later.)