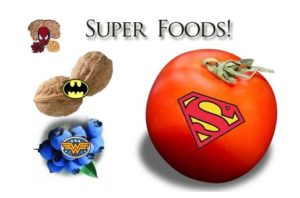 I was recently corresponding with Paul, who had run into someone extolling the virtues of a Russian mushroom extract. Among this mushroom’s many virtues is that it (allegedly) has ” thousands of times more antioxidants than anything else natural on the planet.”

Neither Paul nor I were inclined to believe that this mushroom was quite as magical as advertised. (It also supposedly cures cancer and HIV.) But claims about extraordinary antioxidant powers–whether true or not–are often trotted out as proof a food’s superpowers.

We’ve been trained to believe that a food with greater antioxidant capacity is clearly better for you.  But is it, really?

The antioxidant arms race really took off with the development of the ORAC assay, a lab test that measures Oxygen Radical Absorbance Capacity. I talked more about ORAC values in this episode of the Nutrition Diva podcast, where I pointed out that there’s a limit to how many antioxidants the body can utilize at a given time. One antioxidant researcher estimates that limit to be about 5,000 ORAC units per day.  If you’re eating five servings of fruits and vegetables a day, you’ve almost certainly got this covered. (And none of them even needs to be goji berries!)