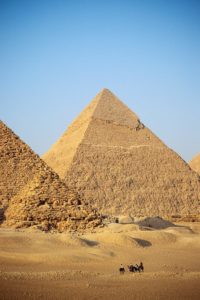 Thursday marks the unveiling of a  new icon to replace the USDA’s much-maligned 20-year-old food pyramid.   I’ve been getting media inquiries all week, asking about my thoughts on the move.   I haven’t yet seen the new icon–it’s been kept under close wraps.  (Last minute tweaking?) But from the rumors everyone has now heard, the new plate-shaped icon sounds like a step in the right direction.

The food pyramid should have been retired long ago.  It wasn’t clear, it wasn’t helpful, and, most importantly, it obviously hasn’t improved the nation’s eating habits.  The 2005 revamp was even worse than the 1992 original on all counts. The new plate-shaped graphic sounds much more intuitive and easy to interpret.  It answers the simple question, “What should my plate look like at any given meal?”

Michael Pollan’s famous six-word nutrition curriculum notwithstanding,  no single graphic can convey all there is to know about food and nutrition.  But with any graphic, the more information you try to include, the harder it will be to grasp.  With the pyramid, I think we had too much information and it ended up obscuring the message.  With the plate, the USDA seems to be opting for a simpler message that will hopefully be easier to understand and have a stronger impact.

As for what they chose to emphasize, I think they made a great choice.  The message that fruit and vegetables should take up half the plate is simple but powerful.  If people really starting eating that way, that alone would be an enormous improvement in the nation’s eating habits.

Once we’ve all had a chance to take a look, let’s all meet back here and share impressions!

4 thoughts on “No Tears for the Food Pyramid”