Kale, goji berries, salmon, quinoa, broccoli sprouts...all have been heralded as superfoods. But what makes these foods so special? Guest contributor Dena Gershkovich weighs in.

The term superfood likely first appeared as part of a food marketing strategy, according to an article by the Harvard School of Public Health’s Nutrition Source. Around the time of World War I, there was a major import of bananas, and the United Fruit Company wanted to encourage people to eat the fruit. This marketing led to a buzz around the term superfood.

The superfood buzz was further perpetuated after physicians used the term in medical journals, when discussing how a banana diet can be used to treat conditions such as celiac disease (this was before a gluten-free diet was found to be the best way to treat celiac disease). Soon, tons of moms were preparing banana-based foods for their kids, even if they did not have celiac, due to all of the hype. (As an aside – I really can’t imagine only eating bananas! Those poor kids!).

Just so we’re clear here, the term superfood was not coined by a nutrition professional or food scientist. It was popularized by smart marketing strategy.

Everyone classifies superfoods slightly differently, but most definitions I’ve seen are mostly in line with this one from Dictionary.com:

“A food considered exceptionally good for one’s health and for boosting the immune system owing to its naturally high content of vitamins, minerals, fiber, antioxidants, or omega-3 fatty acids.”

Superfoods are usually touted as being nutritionally superior to other foods. I have also come across the term superfood used in a way that suggests that a particular food or beverage has healing properties or powers, despite there being little scientific evidence to back up most of those claims.

It’s also important to note that the term superfood is not regulated by the FDA. This means that companies can freely label their products superfoods as a marketing technique to increase costs. Be wary of this when shopping!

WHAT MAKES A SUPERFOOD SUPER?

Many foods that are commonly classified as superfoods contain plenty of good-for-you vitamins and minerals. Some may even contain more of certain nutrients than other foods do.

However, the term superfood suggests that this food is all you need to be healthy when this is certainly not the case. There is no single food or beverage that can provide you with all of the nutrition that you need, even though it would be so convenient for there to be! (I really wish there was a quick fix like this guys, trust me!).

The superfood craze fails to consider the balance that is essential to healthy eating – and what a pity that is! The beautiful thing about nutrition is that your dietary choices don’t exist in a vacuum. Your nutrition status is a result of all of the dietary decisions that you make, not of one decision to eat or not eat a so-called superfood.

WHAT CAN SUPERFOODS DO FOR YOU?

Let’s acknowledge what our food is and isn’t capable of. Berries are berries. Do they have antioxidants, which may help protect against certain cancers? Yes, but don’t overlook the qualifiers here. Will the “superfood powers” of berries protect you against all maladies? Absolutely not, no matter how many berries you eat!

Genetics and other factors play a large role in determining the manifestation of diseases and conditions. If something is written in your genes, in many cases no amount of goji berries, dandelion roots, turmeric, ginger or other “superfood” can prevent it from happening – and that’s not your fault!

I’m not saying that what we eat doesn’t matter – of course it does! – but I’m also keeping it real. Diet is just one part of the lengthy equation that determines health.

SUPERFOODS IN A BALANCED DIET

Can so-called superfoods, such as salmon, have a place in a balanced diet? Absolutely! But you better be sure to balance out your plate!

You should be sure to have some whole grains and veggies with your salmon if you want your body to function optimally. It’s true that the salmon will give you plenty of protein, iron and omega-3 fatty acids – which are all great and necessary – but you also need other micronutrients from the whole grain and vegetable foods groups that you won’t get from the salmon, even though it is super for you.

No matter how much salmon – or any superfood – you eat, you won’t get all of the nutrition that you need from it, which is why balanced eating is critical. For this reason, I always recommend that you focus on your diet as a whole instead of on individual foods.

If you follow me on Instagram, you know that I am not keen on using good/bad terminology when it comes to talking about food, and this is why: Food does not have inherent moral value. Just because one food is more nutritionally dense than another doesn’t mean that the other is a bad food; it just means that it won’t contribute as much nutrition to your body. The term superfood implies this same good/bad dichotomy, which is another reason why I dislike it.

MAKING SENSE OF IT ALL

To summarize, I am not a proponent of the term superfood, as I find that it’s misleading and fails to address several key components of nutrition, such as balance. Often, so-called superfoods are extremely nutrient dense as well as delicious. However, as the editors of Harvard’s Nutrition Source conclude, “…it’s clear that the term is more useful for driving sales than it is for providing optimal nutrition recommendations.” 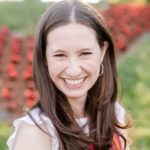 Dena Gershkovich is a writer, recipe developer and future dietitian. She holds a B.S. in Dietetics and a B.A. in Journalism from the University of Maryland and will be completing her dietetic internship with NewYork-Presbyterian Hospital in Manhattan. To see more of Dena’s work, check out her blog, The Artsy Palate, and follow her on Instagram (@theartsypalate) and Facebook (The Artsy Palate).

3 thoughts on “Are Superfoods For Real?”