Pride goeth before a fail. 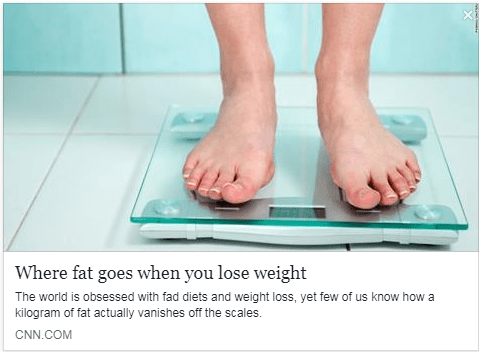 When I saw this headline earlier this morning, I clicked through (Mission accomplished, headline writers) and skimmed the article, which seemed to contradict the basic facts that we all learn in nutritional biochemistry. Having not yet had my coffee (yes, I’m making lame excuses), I impulsively posted it on Facebook with a “Shame on you, CNN” comment.

Fortunately, my followers are smarter than I am…and are not afraid to tell me so. So, let me try this again, appropriately humbled.

Had I been one of those-who-should-know-better surveyed by the authors, I too would have fallen into the trap and said that fat is converted into energy (with water and CO2 as byproducts). But this is not quite accurate.

As my faithful follower (and sometimes fact-checker) YM pointed out, the amount of mass coming out of this biochemical reaction is the same as the amount of mass going in. Oxidation occurs (meaning, electrons are lost) but those electrons are transfered to other atoms (via redox reactions). So all the mass is preserved. No mass is converted into energy. And yet energy is released. How is this possible?

After pondering and pondering until my ponderer was sore, I realized the error in my (our) logic. At least, I hope I did. I’m sure YM will let me know if I got it wrong. But I think it’s this:

The energy released by this biochemical reaction is ATP, a form of chemical energy used to power cellular metabolism. The word “energy” is commonly used in science to describe the potential that a physical system has to change. But that’s not what quite physicists mean when they say e=mc2 or invoke the second law of thermodynamics. 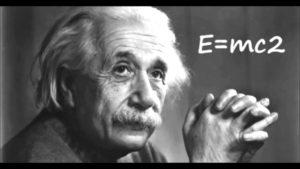 How Your Body Uses (or Loses) Fat

When you lose (or oxidize, or burn) fat, it is not literally converted into energy. It’s converted through a series of biochemical reactions into other compounds, which eventually enter the citric acid cycle and yield ATP. Water and carbon dioxide are left over.

[Trigger warning: the following image may be troubling to survivors of organic chemistry] 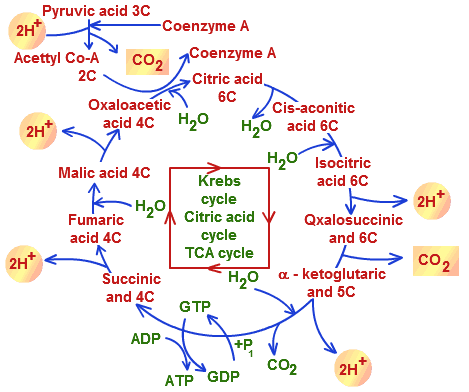 The resulting APT is used to power cellular metabolism (and generate heat).  You can see how people end up short-handing this into “Fat is converted into energy.” Now that I’m woke, I sure hope this question comes up if I’m ever on Jeopardy. 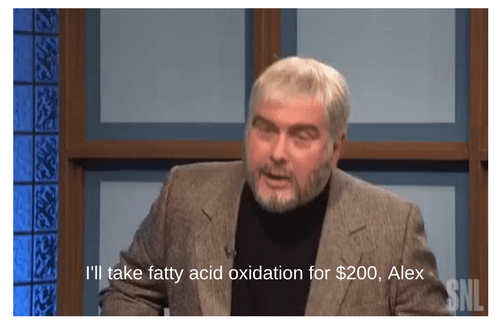 Having set the record straight, the authors of this article leave us with the following helpful pointer:  “Therefore, to lose 100 ounces of fat, you have to exhale 280 [extra] ounces of carbon dioxide.”