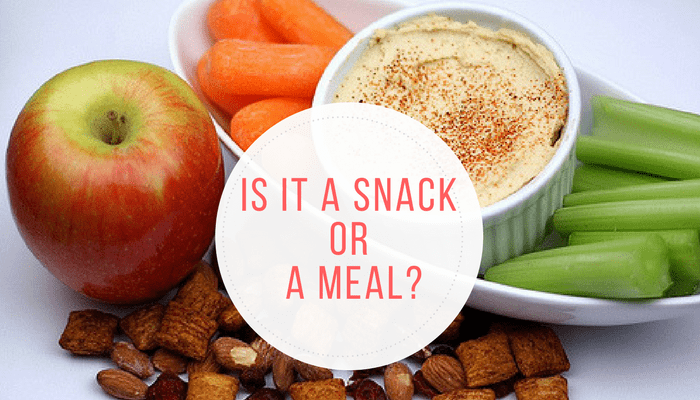 Can it really be this simple?

Researchers at the University of Surrey fed two groups of study subjects an identical pasta dish. Although the amount of food was the same, it was presented to one group as a “snack” and to the other as a “meal.”  The snackers ate standing up, using plastic utensils. The meal-eaters sat down at a table set with ceramic dishes and silverware.

A little bit later, both groups were given some additional foods to sample. Those who had merely “snacked” on the pasta dish consumed far more calories than those who felt that they’d just eaten a meal.

When we call something a snack, we tend to discount it.  It doesn’t register in quite the same way in our mental tally of how much we’ve eaten. We may not even feel as full afterward.  (Which just goes to show how much of our sensation of ‘hunger’ is actually in our heads!)

Try this: Instead of just grabbing a snack, consciously make it a meal. Even if it’s just a few bites or you don’t have much time, be sure to signal to your brain and senses that you’re satisfying your need for food.  Sit down. Put it on a plate. Mentally re-label those snacks as mini-meals and see if they don’t feel a little more satisfying.