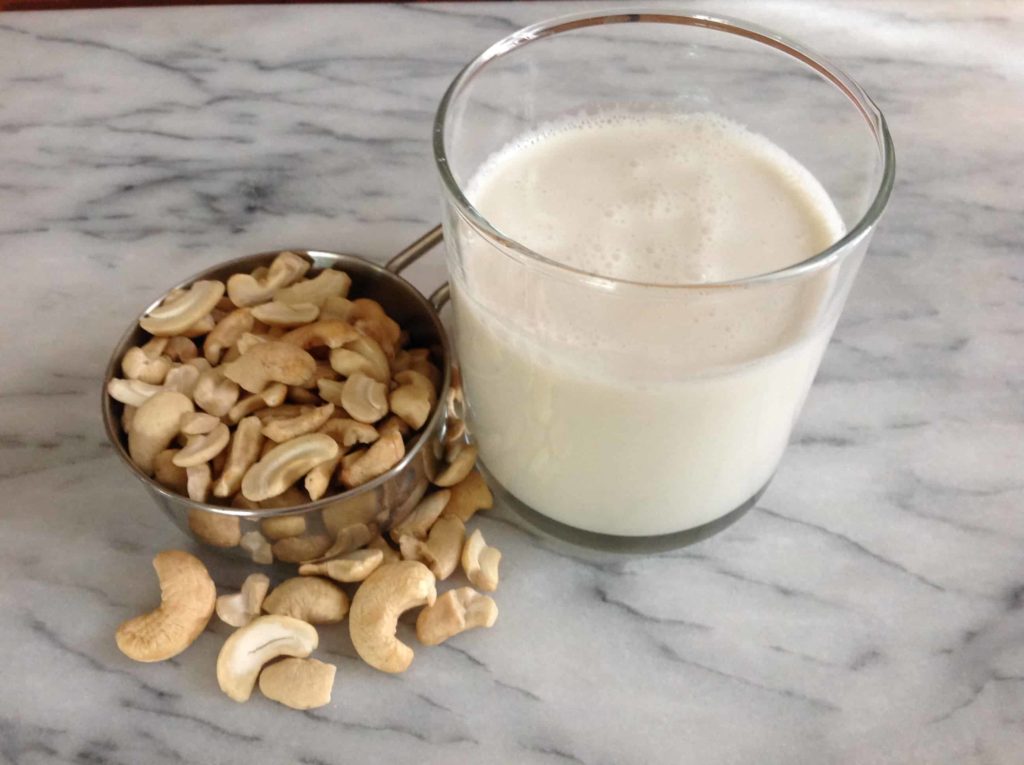 In the ever expanding category of nondairy milk, cashew milk has become a favorite. Although soymilk is a closer match for cow’s milk in terms of protein, it does have that distinctive beany flavor. (Which I don’t find unpleasant…just pronounced.)

Cashew milk, on the other hand, has a much milder flavor. To my palate, at least, it is the most dairy-like in taste and mouth feel. It’s also–by far–the easiest nondairy milk to make yourself, which can save you big bucks. You can even add your own calcium and vitamin D!

How to Make Cashew Milk

Combine the ingredients in a high-powered blender, such as a Nutribullet or Vitamix, and blend on the highest speed for about 30 seconds.  Makes about 2 1/2 cups. 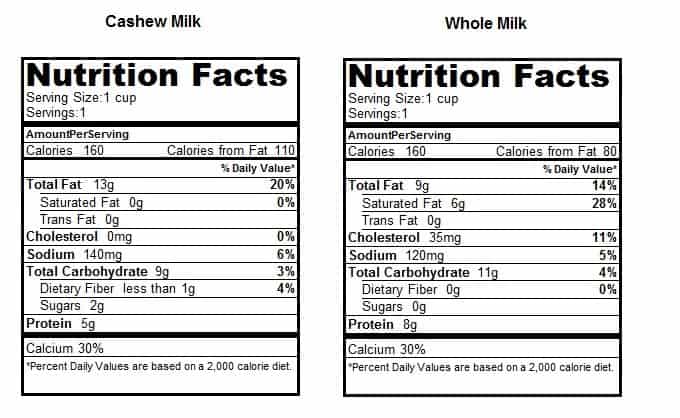 The result is roughly equivalent to whole milk in calories and consistency, albeit a bit lower in protein and higher in fat. Add 1/2 teaspoon of calcium carbonate powder (such as this one) per batch, it’ll provide the same amount of calcium as cow’s milk. You could also add a drop or two of liquid Vitamin D3.  (Here’s a vegan option for liquid Vitamin D).

Increasing the water to 3 cups will give you something closer to 2% milk in terms of calories and consistency, but even lower in protein and higher in fat, compared with cow’s milk. 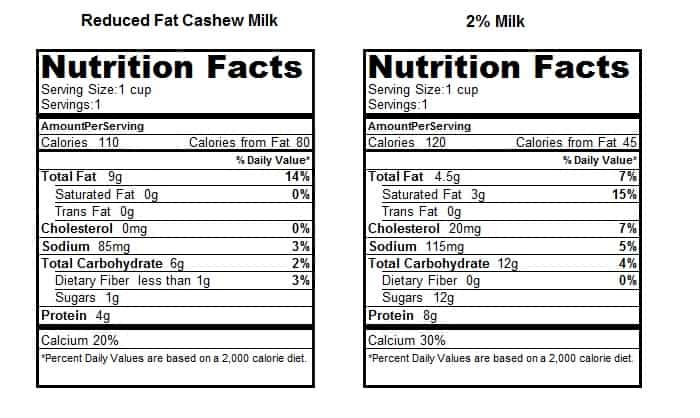 Cashew Half and Half!

And here’s the most fun of all: Decrease the water to 1 cup and you’ll get something akin to half-and-half–except, the protein is higher and fat is lower compared to the dairy product!   (Equal parts cashews and water will produce something the texture of whipped cream.) 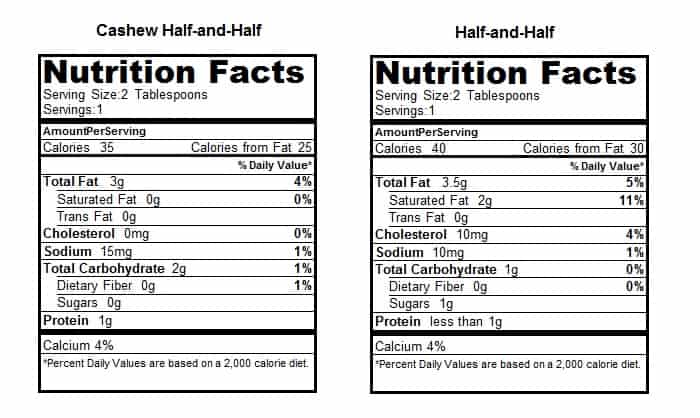 Make nondairy half-and-half out of cashews. Higher in protein/lower in fat than the real thing! Click To Tweet

13 thoughts on “Make your own calcium-fortified cashew milk”