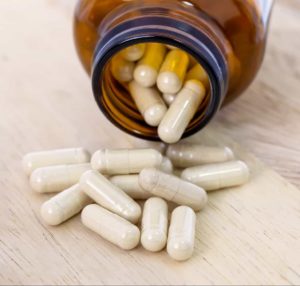 “A 2011 study published in The American Journal of Medicine showed that taking 1800mg of alpha lipoic acid a day increased weight loss in subjects on a restricted calorie diet compared to controls.  This seems promising, but the supplement is expensive. I am interested in your take on the research and whether or not the benefits justify the cost.”

In the study Beth cited, the subjects (all of whom were overweight) were cutting their caloric intake by about 600 calories a day and taking either a placebo or alpha-lipoic acid supplements.  Over the course of 20 weeks, those taking a placebo lost 0.94% of their body weight. So, someone who started the study at 200 pounds lost a little under 2 pounds.

Those who were taking 1800 mg of alpha lipoic acid lost 2.74% of their body weight. For a 200 person, that amounts to 5 1/2 pounds–an additional 3 1/2 pounds.  The researchers concluded that alpha-lipoic can enhance weight loss from calorie restriction.

My question is: Why did these subjects lose so little weight??

Cutting 600 calorie per day for 20 weeks should have resulted in far greater weight loss, regardless of the effect of any supplement. According to the standard weight loss math (cut 3500 calories to lose one pound), these subjects should have lost more than 20 pounds.  Although this equation is now recognized to be an oversimplification, it would still be realistic to expect at least a 10 pound weight loss in this scenario.

Maybe all the subjects were cheating like crazy on their diets. (I can’t really think of any other explanation.) In that case, this study might actually suggest that alpha-lipoic acid can cause modest weight loss even without any substantial reduction in your calories. In a way, that might seem even more attractive!

Unfortunately, because the researchers don’t address this unexplained mystery, it’s hard to know what to conclude.

But, getting back to Beth’s point, this stuff ain’t cheap. Taking 1800 mg of alpha-lipoic acid per day for 20 weeks will cost you about $500. That amounts to about $140 to lose one additional pound.

2 thoughts on “How much would you pay to lose 5 pounds?”