“Your podcast on nutritional trade-offs made me think of the following question: I try very hard to limit my intake of sugar. But some foods do need some kind of sweetener, and so I’m wondering about what alternatives to table sugar you recommend. Some are higher in glucose, and that brings with it a higher glycemic index. Others have a lower glycemic index, but are higher in fructose, which experts say to avoid. What do you think?”

Most sweeteners, including table sugar, honey, maple syrup, agave nectar and so on, contain glucose and fructose in varying amounts. Table sugar is half glucose and half fructose. Agave nectar on the other hand is about 70% fructose and only 30% glucose.

These two sugars are metabolized through different pathways. Glucose is absorbed into the blood stream and fructose is metabolized in the liver. So agave nectar is going to cause a lower rise in blood sugar than table sugar. On the other hand, studies in rats suggest that too much fructose can increase the amount of fat stored in the liver and that’s not good.

Here’s the thing: Both the effects of glucose on blood sugar and the effect of fructose on liver function are highly dose dependent. When you’re only consuming a small amount of added sugars, you’re unlikely to get into trouble on either front. So, as long as you’re keeping your consumption of added sugars to the suggested levels—5 to 10% of calories–it doesn’t really matter that much which sweetener you choose.

But many people consume large amounts of sugar. So which is the better choice for those who eat a lot of sugar? 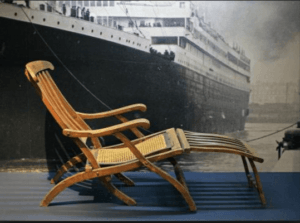 But obviously there is a third option. In either scenario, you’d be far better served by reducing your sugar intake–at which point your dilemma largely disappears.

7 thoughts on “Which is worse: Glucose or fructose?”

Leave a Reply to Raymond B Cancel reply