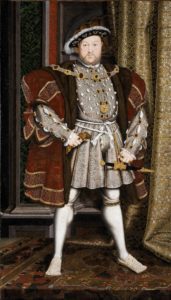 Although gout sounds like something Henry the VIIIth might have suffered from (actually, he did), this painful form of arthritis is still very common today.  It occurs when uric acid builds up in the blood rather than being excreted in the urine. Uric acid crystals can cause exquisite pain in the joints, often in the big toe.

Gout is typically managed with medications that reduce uric acid levels in the blood along with dietary modifications, such as avoiding alcohol, red meats, shellfish, and sugary beverages. But a new look at some old data suggests a new way to keep gout at bay.

Researchers from Johns Hopkins University recently reexamined some data from a 1999 study on the DASH diet, which is now widely prescribed to prevent and treat high blood pressure.

See also: The DASH Diet gets an upgrade.

Although the original study had nothing to do with gout, it just so happened that uric acid levels were measured in some of the subjects. As the researchers predicted, it turns out that the DASH diet–in addition to lowering blood pressure–also reduced uric acid levels, especially in those who had high uric acid levels. In these folks, the improvements were close to what we’d expect to see with drug therapy. This is good news because unlike the typical gout diet, people tend to find the DASH diet palatable and easy to stick with.

The researchers also predicted that reducing sodium intakes would reduce uric acid levels. But here they didn’t see what they expected to. In fact, those who ate more sodium (but still followed a DASH diet) got better results in terms of uric acid reduction than those who followed a very low sodium DASH diet

See also: How much salt do you need to be healthy?