Q. Most nutrients seem to be measured in mg but some are shown as mcg or I.U.  How do I convert these measurements into mg?

A.  To convert micrograms (mcg) to milligrams (mg),  divide by 1,000–or move the decimal point 3 positions to the left.   1000 mcg = 1.000  mg.   But generally, you won’t need to convert between these two.  We use micrograms for nutrients that occur in very small amounts (folate, vitamin B12,  vitamin D, and vitamin K, for example).   Instead of writing that a food contains 0.125 mg of vitamin K, it’s less confusing to write that it contains 125 mcg.  You generally wouldn’t find milligram amounts of vitamin K in foods or supplements.

Converting International Units (I.U.) isn’t so simple–because it’s a different conversion for each nutrient.  The I.U. is an arbitrary amount based on the amount of a given nutrient needed to produce a biological effect.  Here are the conversions for the most common nutrients. 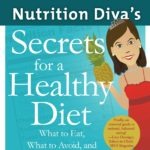 For more tips on how to read nutrition facts labels and ingredient lists, check out this sample chapter from my book, Nutrition Diva’s Secrets for a Healthy Diet: What to Eat, What to Avoid, and What to Stop Worrying About

38 thoughts on “How much is an International Unit?”