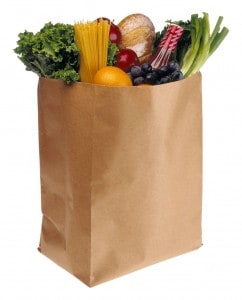 I was just reading a very interesting article on the safety of imported foods. Unfortunately, the publication (ADA Times) is for members of the American Dietetic Association so I can’t post a link for you. But here are a few nuggets you might like to know (with thanks to managing editor Liz Spittler, who researched and wrote the article).

Nearly 1/5 of the overall American food supply (and 80% of the seafood we eat) is imported. This represents a massive increase. While inspectors used to handle a million “entry reviews” a year, the number now approaches 25 million.  In response, the FDA is modernizing its oversight systems, including a new computerized screening process that helps inspectors zero in on the imports that are most likely to be a problem.  The FDA has also opened offices in five countries overseas in order to increase oversight and American food safety experts are training foreign food processors on the latest food safety techniques.

Americans cited “safety of imported foods” as their third greatest concern about the food supply, after food-borne illness and chemicals in foods.  The FDA seeks to ensure that all foods sold in America meet the same standards of safety, no matter where they come from. However, the safety of domestically-produced foods is nothing to write home about.  The largest food recalls in the past few years have all involved domestic products.

How safe is fish from China?

Research the safety of imported fish at Seafood Watch