Monday’s announcement from the World Health Organization, declaring red meat to be a “probable carcinogen” has dominated the nutrition news cycle this week. I’m already tired of talking about it so I won’t belabor it here. For those who are just catching up, my response to Monday’s announcement appears on the Huffington Post. You can also hear my interview on Maryland’s NPR station and join the discussion on the Nutrition Diva Facebook page.

Instead, let’s talk about risk and how our perception of it is influenced by the way it’s presented, both verbally and visually.

Here’s one way of showing that data. 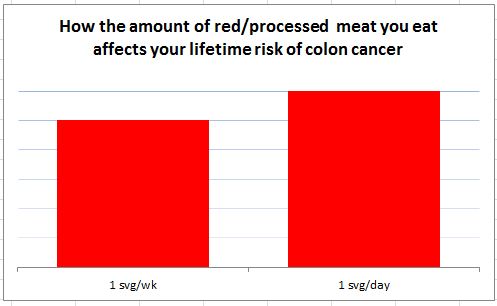 Does it look any less threatening if we change the color from red to blue? 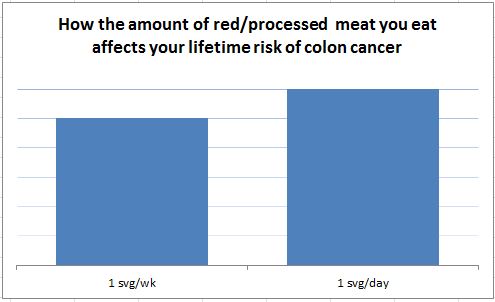 What happens if we present the same data like this? 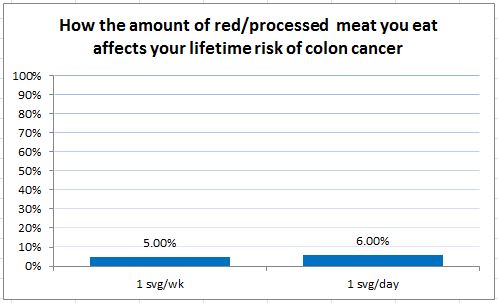 The first two graphs focus on the relative risk, the difference between the two. The third graph also shows the absolute risk, or how likely either of these two outcomes are.

Isn’t it fascinating what different responses the same data can elicit, depending on how they’re presented?

One thought on “Putting scary stats into perspective”