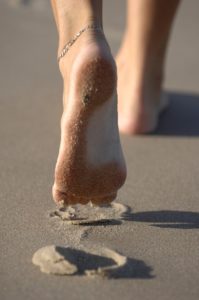 For as long as Gary Taubes and Robert Lustig have been sounding the alarm about sugar (in general) and fructose (in particular) being the fall of Western civilization, I have been attempting to inject some much-needed perspective into the discussion.  (See the bottom of the post for  links to my articles dating back to 2007).

In  my opinion, the black-and-white view promoted by Taubes and Lustig is counter-productive. Instead of helping people set reasonable limits on their sugar intake, they’ve got people afraid to have an apple for fear of the fructose it contains.

If you eat large quantities of sugar–say, 25% or more of your daily calories for an extended period of time–you may well experience the doomsday scenario that Taubes and Lustig depict–fatty liver, altered metabolism, increased appetite, diabetes, obesity, and reduced life expectancy.  On the other hand, these effects have not been seen in people (or rats) who consume sugar in moderate quantities.

Although the New York Times invited Taubes to beat his well-worn drum for a few thousand words in his recent cover story for the New York Times Magazine, at least they also allowed Gretchen Reynolds (“Phys Ed”) equal time this week, offering another way to allay your fears about sugar and/or fructose: Move your patooty.

Reynolds reviews a handful of recent studies, confirming what anyone who has been paying attention has known all along:  Exercise–even moderate exercise–innoculates you against most of the  harmful effects of sugar consumption. In fact, fructose–that most reviled of all sugars–appears to enhance the benefits (yes, you read correctly, benefits) of ingesting sugar during or after exercise.

Fill in the Gaps

The whole thing reminds me of a really dumb game we used to play in college. The gag was that the true meaning of a Chinese fortune cookie was revealed by appending the words “in bed.”     You will be wildly successful…in bed.   A stranger will bring you good news…in bed.   Hard work brings the desired result…in bed.

Did we ever crack ourselves up!   (Hey, we were college students.)

You can make yourself nuts trying to rid your diet of every trace of sugar. Or, you can change the second half of the sentence.

2011
Fructose: The Bitter Half Truth?

2010
Is High Fructose Corn Syrup Worse than Sugar?
Even Bad Guys Deserve a Fair Trial
Fructose: Poison, Nutrient, or Both?

14 thoughts on “The Antidote to Fructose Fears”