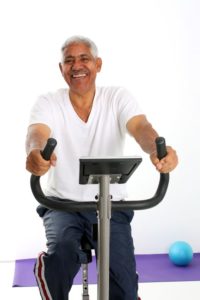 This week, I reviewed a new report from a CDC-sponsored task group, focusing on the “opportunities for cancer prevention in midlife.”  Many of the things you might expect to see in a report like this (such as eating organic and avoiding pesticides) didn’t even make the cut! I’ve also tried to add some much-needed perspective on the role of diet and lifestyle choices in preventing cancer. You can read or listen to it here.

A few readers objected to my review of a practice called “oil-pulling” on the grounds that I did not try it myself before commenting. As I responded to one of them, “There are already plenty of anecdotal reports out there. Rather than add one more, I chose to base my review on the evidence…which turned out to be pretty slim.”  What do you think? Was I remiss in not adding a first person impression to my report?

I also waded into the carrageenan controversy this week, attempting to sort out the charges and counter-charges surrounding this natural ingredient. Should a generally well-tolerated ingredient be banned because it may cause harm to those with a sensitivity to it? The FDA decided that it shouldn’t. But could you be among the minority who are bothered by it? Read more here.

By request, here’s a quick and dirty cheat sheet of how much fiber you get from common fruits and vegetables (most of which don’t come with Nutrition Facts labels). Lastly, some thoughts on these new “fruit infused” water bottles.

Have a great week!

One thought on “This week: cancer prevention, oil-pulling, the carrageenan controversy, and more”