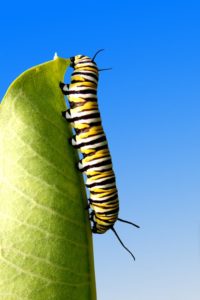 In this week’s podcast, I review the new book Grain Brain, which claims that avoiding wheat can cure ADHD and prevent Alzheimer’s disease. Perlmutter’s book essentially picks up where Wheat Belly left off, expanding the indictment against “modern wheat” as the cause of many (if not all) of 20th century health problems.

Coincidentally, I just returned from the annual Food and Nutrition Conference and Expo, where I had an opportunity to talk with some actual wheat scientists who are eager to debunk the many myths and misunderstandings about modern wheat. Obviously, everyone has a bias here. Davis and Perlmutter are out to sell books. Wheat scientists are out to defend their industry. But it is interesting to compare the strength of the evidence presented by each side. (Advantage: wheat scientists).

Speaking of myths and misunderstandings, there’s a long-standing bit of nutritional lore stating that the body can only absorb 30 or so g of protein at a single meal. This podcast sorts out the facts and fallacies of protein utilization.

If you’re amoung the 60% of the population living with herpes infection, perhaps you’ve googled around to see whether there are any dietary approaches that can prevent outbreaks. You’ll find a hodge-podge of well-meaning advice but not much in the way of evidence-based recommendations. Here’s my take on what may or may not help.

Finally, a look at some of the claims made for diatomaceous earth. Will it keep bugs off your vegetables. You bet. Will it make your hair shiny and your skin glow? Probably not.

One thought on “This week: a review of Grain Brain, foods that prevent herpes, eating dirt, and more”